THE FOUR is more than a name. With these four simple icons, you can clearly and memorably share the gospel message. This foldout booklet makes a great companion to THE FOUR bracelets, offering wearers a quick, easy way to explain the message to those who ask.

THE FOUR is more than a name. The idea to communicate the gospel using four simple icons originated in Europe, and is a development of The Four Spiritual Laws, which were published in 1965 by the founder of Campus Crusade for Christ, Bill Bright. The foldout booklet is a compact, clear gospel message that corresponds with the icons on THE FOUR bracelet.

The wristbands appeal to people of all ages and backgrounds. I frequently give wristbands to people as a way of opening their hearts to hear about the gospel.

There is a verse in Proverbs which says, A man’s gift makes room for him, (Prov 18:16), and when people are offered a wristband as a gift, their hearts are often warmed to hear the meaning of the symbols, and they are happy to take a tract explaining the 4 points. Very often people will put a wristband on as soon as I have given it to them. 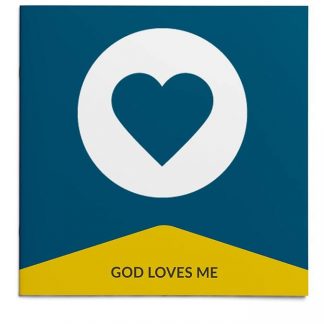